Without mental health we cannot be healthy. We all experience emotional ups and downs from time to time caused by events in our lives. Mental health conditions go beyond these emotional reactions to specific situations. They are medical conditions that cause changes in how we think and feel and in our mood.

The lesbian, gay, bisexual, transgender, queer and questioning (LGBTQ+) community faces mental health conditions just like the rest of the population. However, you may experience more negative mental health outcomes due to prejudice and other biases. Knowing what challenges you may face as a member of the LGBTQ+ community and how to find and work with LGBTQ+-inclusive providers can help ensure more positive outcomes.

How Do Mental Health Conditions Affect The LGBTQ+ Community?

LGBTQ+ individuals are almost 3 times more likely than others to experience a mental health condition such as major depression or generalized anxiety disorder. This fear of coming out and being discriminated against for sexual orientation and gender identities, can lead to depression, posttraumatic stress disorder, thoughts of suicide and substance abuse.

The effects of this double or dual stigma can be particularly harmful, especially when someone seeks treatment.

Rates of mental health conditions are particularly high in bisexual and questioning individuals and those who fear or choose not to reveal their sexual orientation or gender identity. Though not all people will face mental health challenges, discrimination or violence, many people report less mental well-being and satisfaction.

The LGBTQ+ community is at a higher risk for suicide because we lack peer support and face harassment, mental health conditions and substance abuse. For LGBTQ+ people aged 10–24, suicide is one of the leading causes of death. LGBTQ+ youth are 4 times more likely and questioning youth are 3 times more likely to attempt suicide, experience suicidal thoughts or engage in self-harm than straight people. Between 38-65% of transgender individuals experience suicidal ideation.

Family support plays a particularly important role in affecting the likelihood of suicide. Someone who faced rejection after coming out to their families were more than 8 times more likely to have attempted suicide than someone who was accepted by their family after revealing their sexual orientation.

The LGBTQ+ community reports higher rates of drug, alcohol and tobacco use than that of straight people. Major factors that contribute to substance use by LGBTQ+ people include prejudice, discrimination, lack of cultural competency in the health care system and lack of peer support.An estimated 20-30% of LGBTQ+ people abuse substances, compared to about 9% of the general population.25% of LGBT people abuse alcohol, compared to 5-10% of the general population.

LGBTQ+ young people face fear, hatred and prejudice in school, with friends, in the community and at home, which can lead to higher risks of self-harm and thoughts of suicide. LGBTQ+ teens are six times more likely to experience symptoms of depression than the general population. Additionally, LGBTQ+ youth struggle in coming out to family members, friends, classmates and teachers, especially those that are not accepting of the LGBTQ+ community.

GLSEN, the Gay, Lesbian and Straight Education Network has developed an annual report called the National School Climate Survey, which reports on the experiences of lesbian, gay, bisexual and transgender youth in U.S. schools.

Early intervention, comprehensive treatment and family support are the key to helping LGBTQ+ youth on the road to recovery from a mental health condition. There are many resources available to help teens and young adults, including the It Gets Better campaign and The Trevor Project, which provides a national, 24-hr, toll-free confidential suicide hotline for LGBTQ youth at 866-488-7386. The Trevor Project also provides an online chat and confidential text messaging—text “Trevor” to 202-304-1200.

The history of mental health treatment of lesbian, gay, bisexual, transgender and questioning (LGBTQ+) populations is an uneasy one. In the 1950s and 60s, many psychiatrists believed that homosexuality, as well as bisexuality, was a mental illness. Gay men and lesbians were often subjected to treatment against their will, including forced hospitaliza­tions, aversion therapy and electroshock therapy.

Fortunately, there have been great strides made in the nearly 35 years since the American Psychiatric Association removed homosexuality from the Diagnostic and Statistical Manual of Mental Disorders, or the DSM. Despite this, there are still disparities and unequal treatment among LGBTQ+ groups seeking care.

You may feel hesitant to access care because you fear being discriminated. While these concerns are completely understandable, it is important to seek help.

Try to find a mental health provider you can trust. You should feel comfortable with your provider so that you can be open and feel safe. Ideally you will find a provider that is LGBTQ+-friendly and knowledgeable about the specific cultural considerations and issues faced by LGBTQ+ individuals with mental health conditions.

Come with questions you want to ask so that you can be better prepared to share your concerns. After your initial visit think about your interactions. Did this person seem at ease with you? Did he or she talk openly about your sexuality or gender identity? Did you feel comfortable?

Here are some ideas to help locate an LQBTQ+-inclusive provider:

Tips For Talking To Your Provider

If you are experiencing a mental health condition, it’s possible to take control of your health care and improve your chance of recovery. There are a number of resources available: 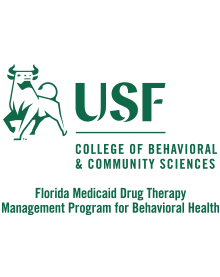